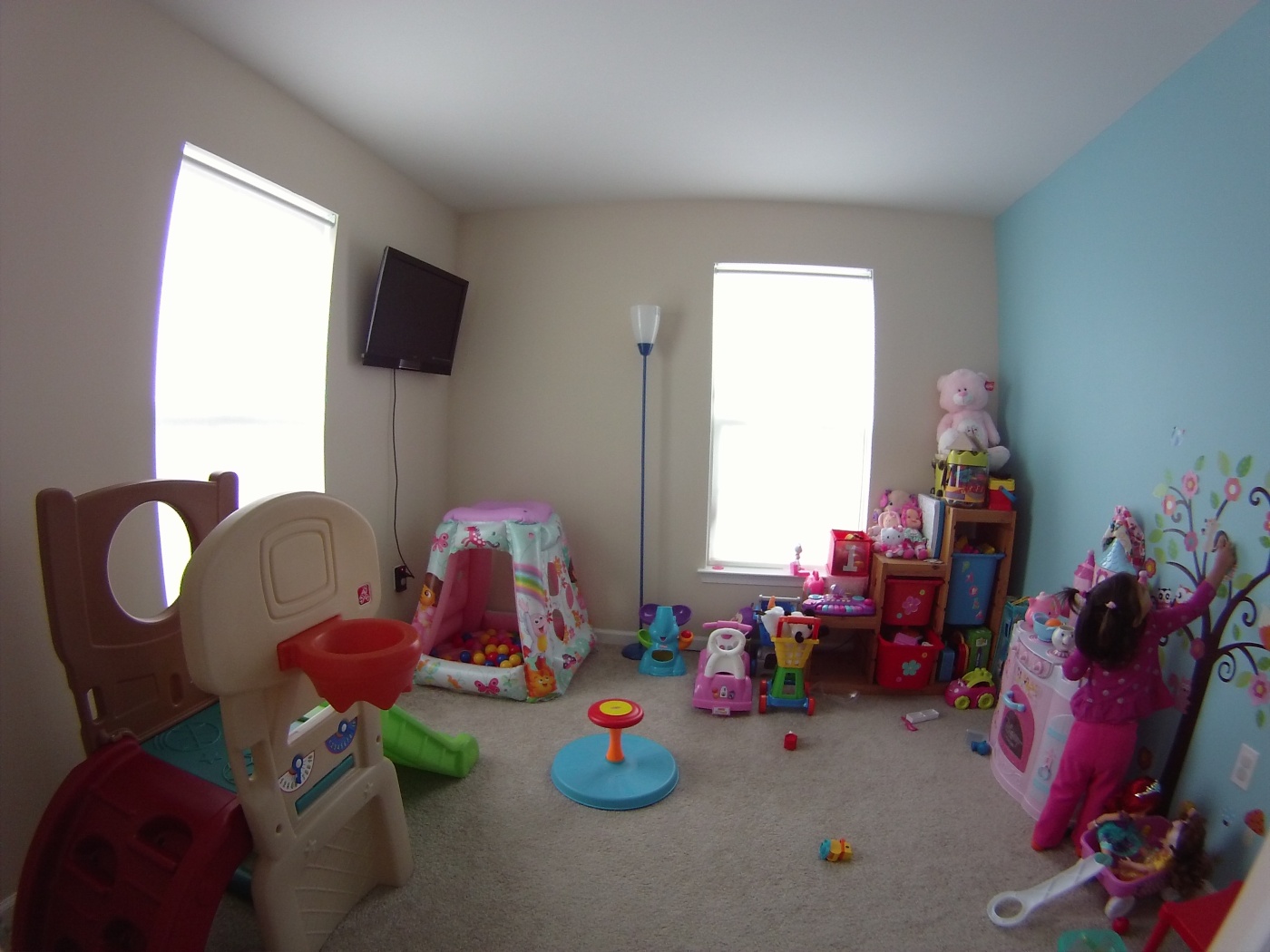 Toys Toys Toys! Guess what is coming soon! MORE toys toys toys! Which means more of a mess around the house. How to organize the toys for the ultimate goal of not having a mess around the house is something I have learned the hard way. There is none hack-the-toys technique to get this mess contained and under control. All I have are lessons learned from years of dealing with it. Since this is the time of the year when kids blink, and toys appear out of nowhere, I found myself sharing how I have simplified the toys mess around the house. In this week’s post, I’m sharing the six (6) stages of how we got to simplify our toys’ daily routine.

Then to the right

Yes, we had toys EVERYWHERE! We had toys in ALL the bedrooms, the kids’ bathroom, the living room, and even the dining room. I was picking up toys ALL THE TIME! The time came when we realized it was impossible to keep up with the mess and needed to somehow contain it.

Our solution for somehow keep the toys contained was to have a dedicated space for them, a playroom. What a great solution!! We put all toys in the playroom and closed the door! Yes, most of the toys were in the playroom. However, somehow they escaped from their confinement into the kids’ bedrooms, living room, and dining room. On top of that, the playroom was a mess. Toys were everywhere in the room, and the kids didn’t have much space to play. Now, I found myself picking up the same mess as before, plus the one in the playroom. So, organizing the toys was a must.

I started gathering storage bins and putting the toys in them. Sounds great, right? Well, I wasn’t labeling the bins and didn’t know what was in most of them. So, at playtime, all toys would go out of the bins and into the floor. Once again, I found myself picking up all the toys and cleaning up the mess. Having storage bins did not simplify my routine at all. YES, I did label the bins after a while. Still, it did not change my daily toy ordeal.

4. Stage Four: Denial Stage – Out of Sight Out of Mind

After having our second baby, the playroom turned into the baby’s room. All toys went into the basement, where we created a bigger playroom. I thought this was a better plan than having the playroom on the second floor of the house. The kids would be able to play with whatever they wanted, and the mess would not bother me. I just needed to close the door to the basement and not thinking about it anymore. HA HA HA! Feel free to laugh now! I’m sure you know what comes next. I stopped going to the basement, and the kids started to bring the toys up to the main level. I know! This story is getting old…ONCE AGAIN, toys everywhere!

5. Stage Five: Acceptance – Toys are Not The Issue

After all the frustration, I concluded toys were not the problem. I accepted the issue was in our parenting strategy. Bins won’t resolve the issue, neither the size of the playroom. The problem was us letting the kids make a mess everywhere and then picking up after them. Don t get me wrong, I taught them to pick up the toys but did not reinforce it or were consistent. This was the opposite of simplifying! It was complicating our daily routine until kids no longer lived with us, and not teaching our kids to be responsible and its consequences. No No No, but No No No Thank You!

The solution turned out to be also a journey. I read a lot and ran into some ideas for encouraging kids to do chores around the house. My problem was picking up the toys, so I turned it into a game. I had a whiteboard with each day of the week. We set up a timer for picking up toys, or any other misplaced item, around the house. After the timer was done, I would go around and check. If someone left something out of place, it was a point against them. At the end of the week, the person with fewer points would choose something fun to do on Saturday afternoon. For some reason, this game stressed out my daughter so much that she ended up crying every single time. There was no way to play this game without an argument or tantrum. What did I do? The simplest thing ever, which, BTW, I should have done from the beginning. I taught my kids action and consequences. They were allowed to play with the toys but put them back before going to bed at night. If something was misplaced, ANYTHING, I will put it in a bag and out of the house. YES YES YES! I have put toys, books, shoes, clothes, etc., in bags out for donation.

Now I’m a happier and simpler woman. All this years-long journey for something so SIMPLE! We just needed to teach our kids that there will be consequences if they don’t pick up after themselves. How are we doing so far? Well, every night, my daughter goes with her brother around the house, checking if something is out of place. If something, then she will pick it up and put it back to where it belongs. How awesome is this? She is picking up her stuff, learning responsibility, and teaching her brother to do the same. No more mommy picking up after them!! They are learning to clean up their own mess.

Translate to any language

Follow A Simple Woman: Just Try It on WordPress.com